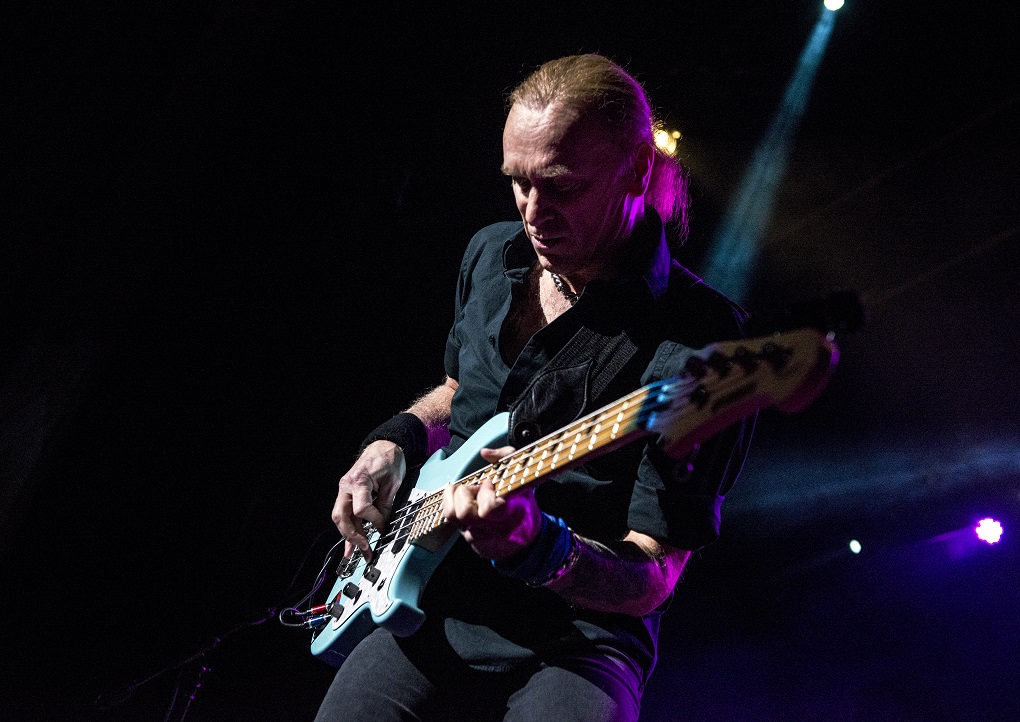 Billy Sheehan has played bass on dozens of records and toured all over the world for many decades.
Starting in his hometown of Buffalo, NY in the early ’70’s with the now legendary hard rock trio Talas, he went on to join David Lee Roth in the summer of ’85. Along with Steve Vai & Gregg Bissonette, the legendary Eat ‘Em and Smile record and tour went on to platinum status and sold out shows everywhere.
Leaving in 1987 to start his own new band, he founded Mr. Big, Along with Mr Big members Eric Martin, Paul Gilbert and Pat Torpey, they recorded and toured the world for a decade more, till disbanding in 2002.
After he released several solo records and much more, Mr Big reunited in 2009.
Most recently Billy joined “The Winery Dogs” and “Sons of Apollo”.
With his history of live performances and recordings, he has had a huge and undeniable influence on modern bass playing that has spread all over the globe, and will continue for many years to come.